My Time as a Gator

I have been a student at the University of Florida since the Fall of 2014. I was just a transfer student amongst thousands of people who graduated high school with a 4.0 GPA or higher. All I knew is that I had always wanted to be a Gator, and my time finally came. I wasn’t sure what to expect being a Telecommunications major, all I knew is that I was ready to take on any challenges that may face me. Now as I approach my final semester of college, I would like to share my thoughts about my time here doing what I love.

News? I Have to Cover the News?

Wait, I have to learn how to report the news? I told you I didn’t know what to expect. I have always been interested in reporting on sports, not news. What I didn’t realize was I could have been doing both from the first day I stepped foot on campus. So yeah, I spent my first two years learning how to be the best multimedia journalist I could be. I may not have been as passionate about my news pitches or about a really good story that someone else would have done anything to cover, but I learned so much about the industry. It helped having the amazing resources the University has to offer. Whether its the INC and everything it has to offer, or the Center for Media Innovation + Research, the experience was truly amazing.

Looking back on it, I’m actually quite happy that I delayed getting into the sports side of the college. Learning how to be a news reporter has not only made my transition into sports media an easy one, but I met a lot of great people, who I know are going to have a lot of success in this industry. But most importantly, my time in news helped me figure out what I really want to be, and thats a Beat Reporter for an NBA team.

As I mentioned before; I don’t regret waiting to focus all my time on sports. It has given me a true appreciation for sports media. I’ve been quite active in my first semester working in sports. I did weekly cut-ins for WRUF-TV, did play-by-play and color commentary for Gator and some high school football, began covering the Men’s Basketball team as a beat reporter, and anchored my first sports segment for WUFT’s First at Five Newscast. I also had the opportunity to do a Feature Story on Gainesville High School’s Head Basketball Coach Kelly Beckham. It was great getting to know Coach Beckham, and I wish GHS the best of luck as they look to head back to the postseason.

I was hoping that doing so many different things would help me figure out what I see myself doing in the future. I have only anchored sports on live television one time, and next semester I will have the opportunity anchor on Monday’s. I really enjoyed my first time, but right now I see myself as a beat reporter, hopefully for an NBA team. During my short time as a UF Men’s Basketball Beat Reporter I can say that I really found my calling.

What Does the Future Have in Store?

Well, I’m not 100 percent sure. But honestly, who is? I know I’ll be anchoring on Monday’s and basketball season will be fully underway (especially with a newly renovated stadium), but I’m sure new opportunities will be there that I won’t be able to pass up. Regardless of where I end up after my final semester at UF, I know that I can thank everyone I met through my time as a Telecommunications major for showing me what this industry is about, and for convincing me that this is what I love to do. 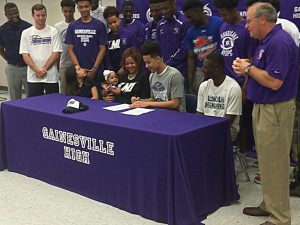 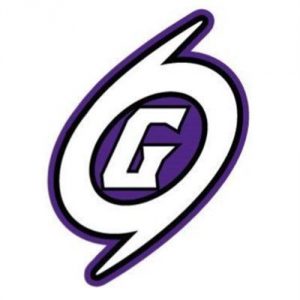